skip to main | skip to sidebar

Hello all I wanted to right a new post because it's been awhile and I wanted to tell you what I've been up to lately. The last couple of months Robot Luv has been participating in Style Lounges.

Back in January with the help of Jen Abrams of jenabrams.com I sent my I heart indie movies and I heart indie music tee among other designs to the Sundance film festival. 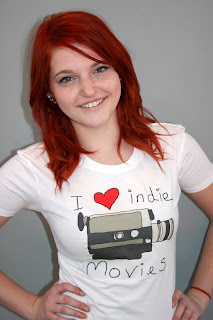 Robot Luv participated in a Pop up Style lounge which included two major events. This first event was held at the Michael Fatali Gallery located on main street in Park City Utah. The second event was a music house show sponsored by Koffeehouse Chateau. http://koffeehouse.com/show.cfm?id=92134 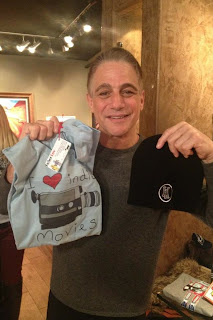 Style lounges are really fun to do and I will continue to do them. Look for my updates on twitter to see what events I'm doing and up to the minute photos and comments on the behind the scenes action!
https://twitter.com/robotluvxoxo
Posted by Robot Luv at 9:33 AM No comments: